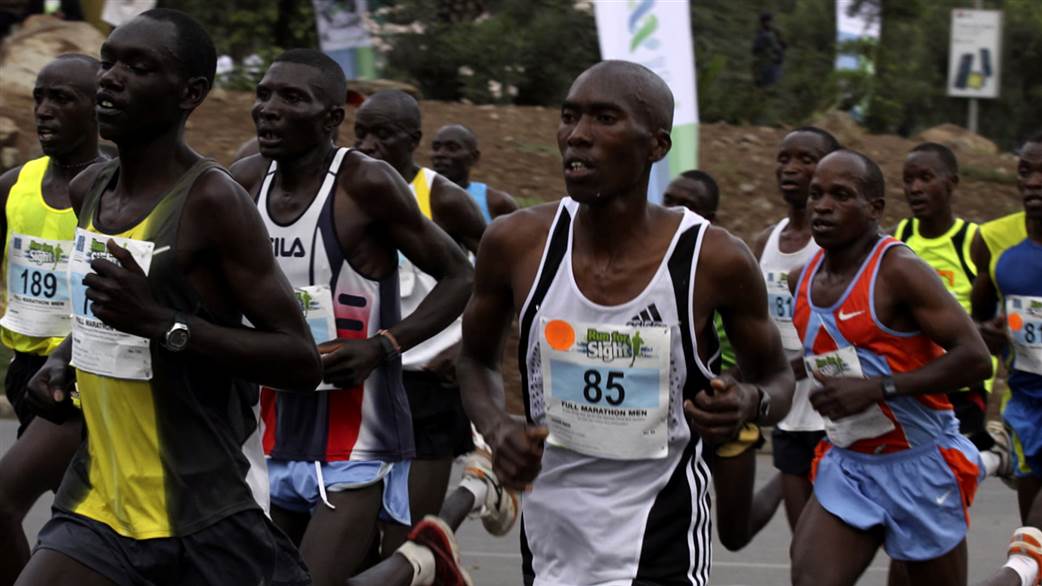 There seems to be general enthusiasm among Nigerians to participate in the Access Bank Lagos City Marathon as the 10,000 forms slated for distribution over the next seven days was snapped up by runners across Lagos on Saturday and Sunday.

The forms were distributed at the National Stadium, Teslim Balogun Stadium, Ikoyi Bridge and other public places across Lagos state.

While some of the runners set their sight on the prize money, others collected the form to raise money for charities they support.
One Folasade Adekunle collected several forms.

She intends to raise N5 million for cancer patients, “I am very happy this race is coming at this time. It will enable me raise money for cancer treatment. My friends will run between three to ten kilometers, they have promised to buy forms from me  for N50,000, the money raised will be donated to the cancer foundation’’.
Yussuf Alli, the General Manager Marathon revealed that “our intention was to distribute 40,000 forms, but as things stand now, we may have to increase the number to 100,000. We expect about 45,000 to return their forms, and about 25,000 to run on February 6, 2016 but the deadline of January 28, 2016, is sacrosanct for those filling the form online and the hardcopy, we shall not accept any entry after that deadline.”
Alli advised would be participants to visit the Lagos City Marathon office at the Teslim Balogun Stadium or online atwww.lagoscitymararthon.com for tips on training and other information or assistance they need for the February 6, 2016 race.
Meanwhile, three world class women marathoners with IAAF gold label have confirmed they will be in Nigeria for the Access Bank Lagos City Marathon.

They are Ethiopia’s Debele Worknesh Degefa, a 2013 IAAF bronze medalist, Qurage Alem Mokonnin also from Ethiopia and Kenyan Leah Jebet Kiprono, winner of the Nairobi Marathon.
Also, two marathoners with IAAF silver medal, Irine Jeptoo Kipchumba, winner of the Taishan International Marathon, China and Fridah Jepkitel Lodepa, winner of the 2015 Hong Kong marathon, both from Kenya will also be in Lagos to fight for the first prize of $50,000.00.
Tagged, ‘running from old to the new’ the race slated for February 6, 2016 will flag off at National Stadium, Surulere, Lagos and finish at Eko Atlantic, Victoria Island.
According to Alli, registration is free and Lagosians are encouraged to run for fun and charities they support.