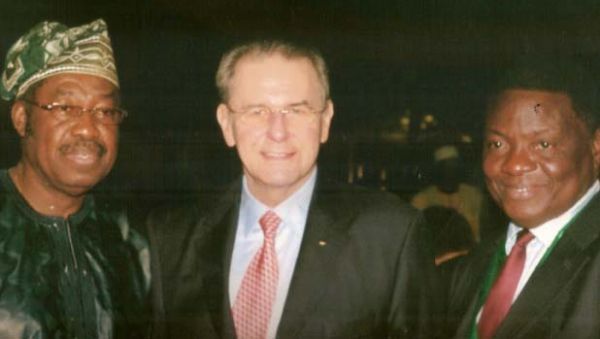 A top official of the International Olympics Committee (IOC) Banji Oladapo on Thursday call on Lagosians to back the Access Bank Lagos City Marathon slated for February 6, 2016.

The race the first in Lagos since 1985 will start at 7.30 am. Tagged Running from old to the New, the starting point is the front of National Stadium, Surulere, and finish point is the Eko Atlantic, Victoria Island.
Oladapo, a member of the IOC Communications Committee said , “ marathon is not just sports, it bigger than sports, it is way of life that encourage and promote healthier lifestyle, boost tourism and business and showcase host cities to a global audience thanks to live television coverage’’.
Oladapo who is also the Vice President of International Table Tennis Federation envisage a situation where with the support of  Lagosians the Access Bank Lagos City Marathon will grow big like Chicago Marathon and even bigger,
“As a student in Chicago then, we used to watch the Chicago Marathon then it was not a big deal, just a city race, but today the race now called the Bank of America Chicago Marathon contributes an estimated $254 million in total business to the city in 2014.
“I strongly believed that if Lagos with an estimated population of 20 million gets behind this marathon, it has the potential to contribute millions of naira to the Lagos economy.’’
Apart from the economic benefits of marathon to Lagosians, Oladapo believed it will encourage Lagosians to embrace the culture of running which enhances healthy living, and boost tourism