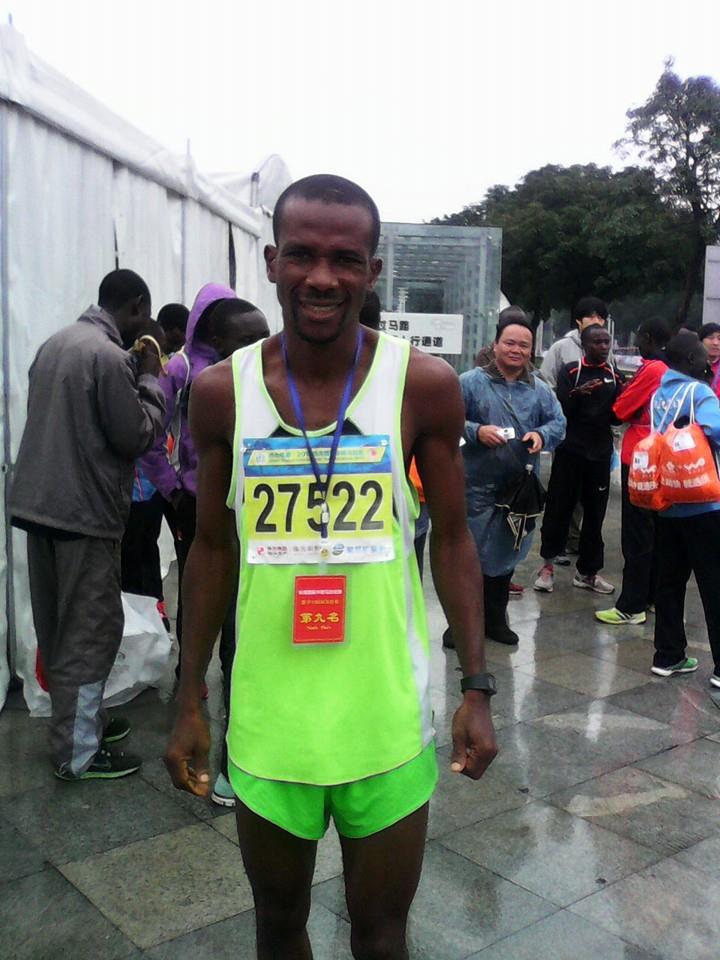 According to Alli who revealed that he has been in the game for almost two decades, passion and his philosophy about life has been his driving force to stay on as a long distance runner.

“I cannot remember any international marathon race here in Nigeria, maybe Milo as far back as 1995, but this is definitely the first in recent times and a new era for long distance runners” Alli who interestingly is a graduate of Quantity Survey from the Federal University of Technology, Minna noted.

Alli who actually started out as sprinter said he did not feel fulfilled with the short races hence he opted for what will push him to limits and test his mental resolve to grapple with tough conditions.

“I usually say marathon/long distance races are for the matured minds and not the faint-hearted, I like what pushes me to go the extra mile and go beyond my limits, that is how you are conditioned to think as a marathoner and I am happy with my choice” the Lagos-based long distance runner .

With he details and modalities for the maiden Access Bank Lagos City Marathon now outlined, Alli said he is cork sure of massive response from home and abroad.

“Nigerians like road races; organise one in your street and you would see the turnout even though some may end up not completing the race. My advice will be for the organisers to see the competitors as the major focus because past races take care of officials more at the detriment of us the major actors” Alli who is usually referred to has Lambo by his fans advised.

Presently with a seven-year old daughter whom he wishes to pass the race baton to, Alli said he hopes the  Access Bank Lagos City Marathon is here to stay and he can watch his daughter climb the podium as a winner even if fails to achieve that feat.