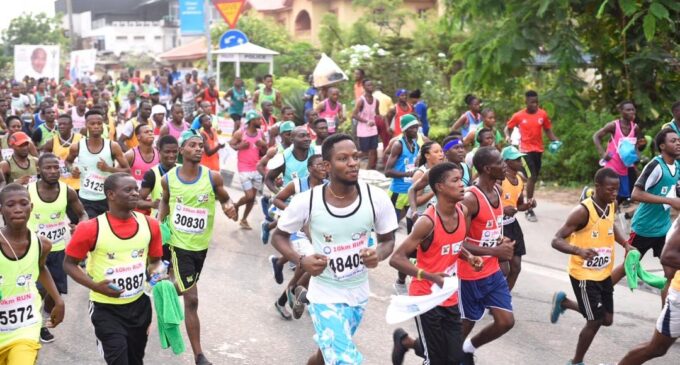 Organisers of the Access Bank Lagos City Marathon have announced that this year’s edition of the event earlier billed for February 13 will now hold on April 10.

Olapade said the postponement became imperative as a result of the second wave of the coronavirus pandemic in the country.

He said the organisers will also stick with its earlier decision to reduce the number of athletes for this year’s edition of the event from its usual 100,000 runners to 300 in line with COVID-19 safety protocol.

According to him, the 300 tickets would be distributed to athletes both from the country and those coming from Kenya, Uganda, Ethiopia, United Kingdom, USA, and other countries.

“We are not going to increase the number from 300 runners even though a lot of foreign athletes want to use the silver label Access Bank Lagos City marathon to cement their qualification for the Tokyo Olympics,” he said.

“As we speak, this Lagos city marathon has been listed by World Athletics as qualifiers for the Tokyo Olympics. Even the April 10 date is already on their website.

“The 2021 Lagos City Marathon would be exclusive for the 42km race. The 10km race and the wheelchair race won’t be part of this year’s edition. The health of the athletes and everyone, who will attend the event, is very important to us. The absence of the 10km race won’t take away the glamour of the event.”

Olapade said the event remains committed to its vision of making Lagos a sports tourist attraction in the world.