I never dreamt I could own a car, 13-year-old winner of Lagos City Marathon confesses... 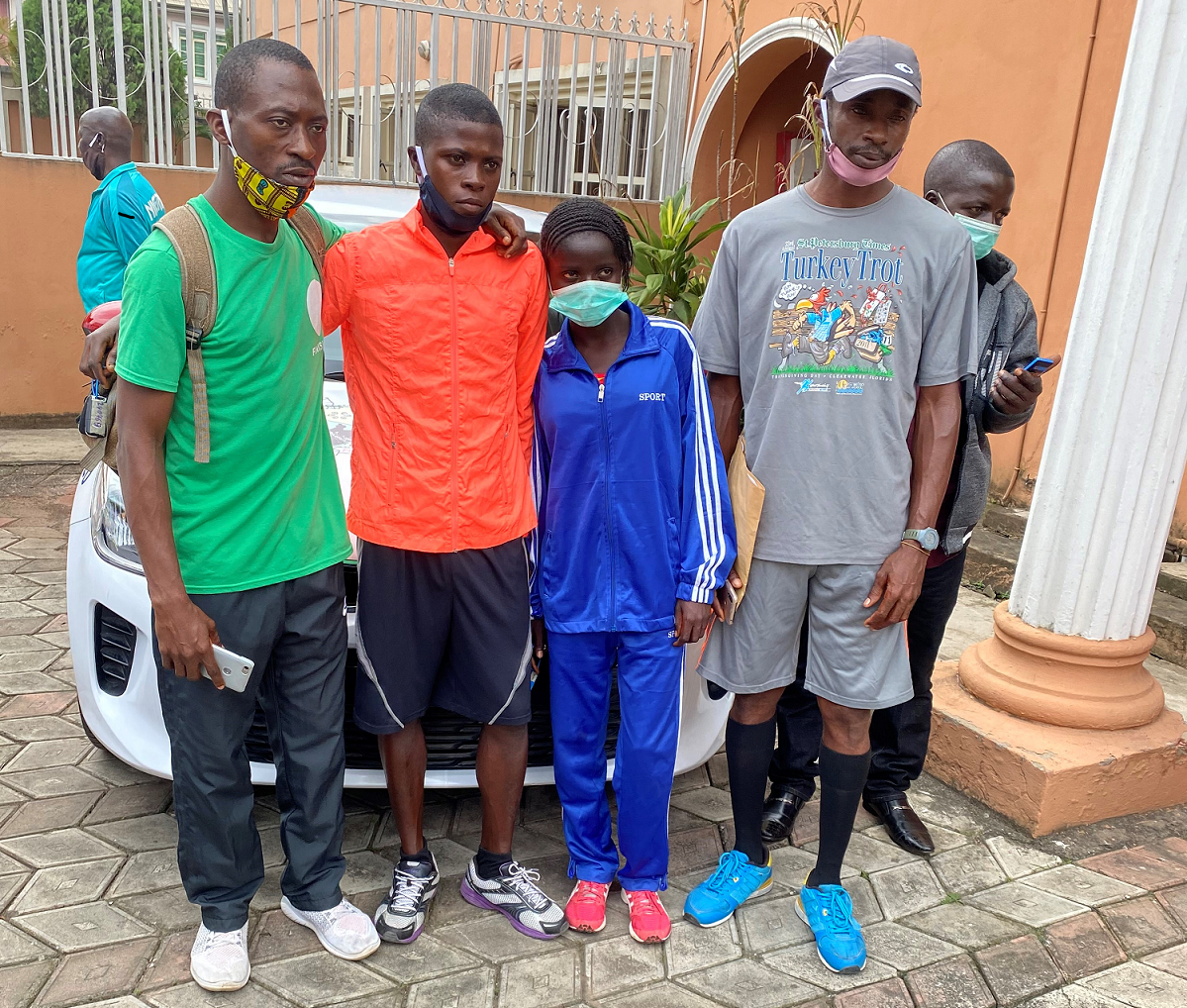 A 13-year-old runner, Vera Yohanna Davou, who won the women version of the 10km race at the 2020 Access Bank Lagos City Marathon, could not control her emotions yesterday when she was presented the key of a brand new Kia Saloon car.

“I never dreamt I could own a car at this young stage of my life,” dark-complexioned Dovou, a JSS 3 student of Victoria Academy High School, Jos, Plateau State told The Guardian at a brief ceremony held at Nilayo Sports Management Company at Magodo, Lagos.

Davou, accompanied by her father, Mr. Yohanna Davou, said she would strive hard to become a great marathon runner in the near future, just as she praised both the sponsor and organisers of Access Bank Lagos City Marathon for keeping to their promises.

She said: “I trained for one year, and the Access Bank Lagos City Marathon was my first marathon event. I am going back to Jos to train harder for other marathon races. I thank God for this gift.”

In the same vein, winner of the male event in the 10km race, Oyebode Dada Sunday from Abeokuta, Ogun State was ‘on cloud nine’ after receiving the key of a brand new Kia Saloon car yesterday.

The 17-year-old athlete, a JSS 2 student of Methodist High School, Ilesha, revealed that his participation at JAC Motors Abeokuta 10km Race in November last year aided his victory in Lagos.

“I have been training for three years now, and my first marathon event was the Abeokuta 10km race where I placed ninth in November last year. I am a fun runner, and I am so delighted for winning this car. I thank the sponsor and organisers of the Access Bank Lagos City Marathon,” Sunday stated.

Chief Executive Officer of Nilayo Sports Management, organisers of the Access Bank Lagos City Marathon, Bukola Olopade, hinted that the delay in presenting the cars to the winners was as a result of the outbreak of COVID-19.

Olopade told The Guardian yesterday that cash prizes had since been paid to all local winners, adding that they were waiting for clearance from the Central Bank of Nigeria (CBN) to be able to pay international runners, who won at the 2020 Lagos City Marathon.

Also speaking yesterday, the General Manager for the race, Yusuf Alli stated that the emergence of Oyebode Dada Sunday as champion in the 10km race was as a result of the experience he gathered at the road race held in Abeokuta late last year.

All protocols as prescribed by the NCDC were strictly followed at yesterday’s presentation in Lagos.